I am somewhat troubled by the “being offended” theme that is constantly celebrated by the news media, on social media, in the public arena and so on.

It is all a part of the negativity of our age. 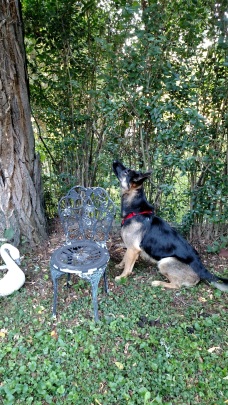 Seems to me that many people are “seeking offense” and that is easy to do if you are looking for it. Human beings are more than happy to comply. And if encouraged, it is like giving a dog a treat for certain behavior, that behavior will continue.

Recently, I posted a video of my dog in a Facebook group. Evidently, she chased a groundhog into a tree. I thought it fascinating, I had no idea a groundhog could climb! Or that my pup would start ripping the bark off the tree! At the risk of sounding like a country girl, I thought it rather funny. (No blood, Groundhog safe, pretending to be a squirrel).

I’ve never had a post get so much attention so quickly, so far, there are over 180 smiley faces, wows & likes. 5 negative emoji responses and about six people telling me off for allowing this to happen. I have been accused of allowing my dog to kill future little kitty cats! And from half-way around the world, “Americans like to kill things.” Oh, and I’m training my dog to be a bully! Where the hell did that come from?

So, why am I posting this on my “Positive Blog?” To make a point. Simply that, to make a point. A few people were obviously offended by this post. That is OK, they have the right to be offended if they would like. However, what do you think I was talking about this morning concerning the responses? I was concentrating on the negative.

What concerns me with the current attitude being celebrated in this era is that it will just continue to grow. I think the only way to change that is by concentrating on other words, feelings and responses.

Here are some words that would be nice to celebrate:

In a negative world, we must strive to keep from falling into a dark hole where we find ourselves unable to get out in response to negativity. I have a challenge this week, pick a positive word each day, consider it getting out of bed, brushing your teeth, getting the kids off to school, during the rush traffic, at work . . . you get the idea! One word, one day, one encounter at a time, maybe, just maybe we can embrace a new era of attitude. You are more than welcome to add words to this list!

PS: Photo of said dog, dreaming that the squirrel would somehow miss a branch!

Thinking ONLY about yourself: the world is small and limited.

Thinking about others: the world in infinite.

When life situations occur, whether it be a season of sadness, change and life devastation. Or a quick moment of, “Oh no! What will I do now?”. If our response is, me, me, me. It leads to a place of not seeing anything but overwhelming smallness. However, looking to “the other” leads to a path of hope.

While texting a new friend early this morning, she said, “I’m off to bed!” And here I was with my cup of coffee, waking up. In an instant global world, I have to constantly think of time zones. Family in England, Friends and family East & West. Former students in China and India . . . what time is it for someone else?

Aren’t we in a different time zone, even with the person next to us? We enter each day with different perspectives, different backgrounds, moods, health, etc. Generally, it is very natural to respond to that truth. However, if we are too busy looking at “me”, we miss so much opportunity, even in the closest of relationships! 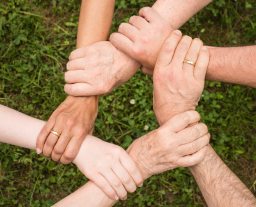 Challenge for the day, do “something” for the other. Even if they don’t realize what you’ve done, you have the benefit of knowing the kindness. It makes your world much larger, brighter, and yes, positive place.  It may be a word, an action —small or large, have some fun! I’d love to hear what you decide to do!

This post was inspired by the daily prompt: narcisist

I encourage you to visit other bloggers at the following sites. You’ll find almost everything imaginable that can be written, in every form, from all over the world!